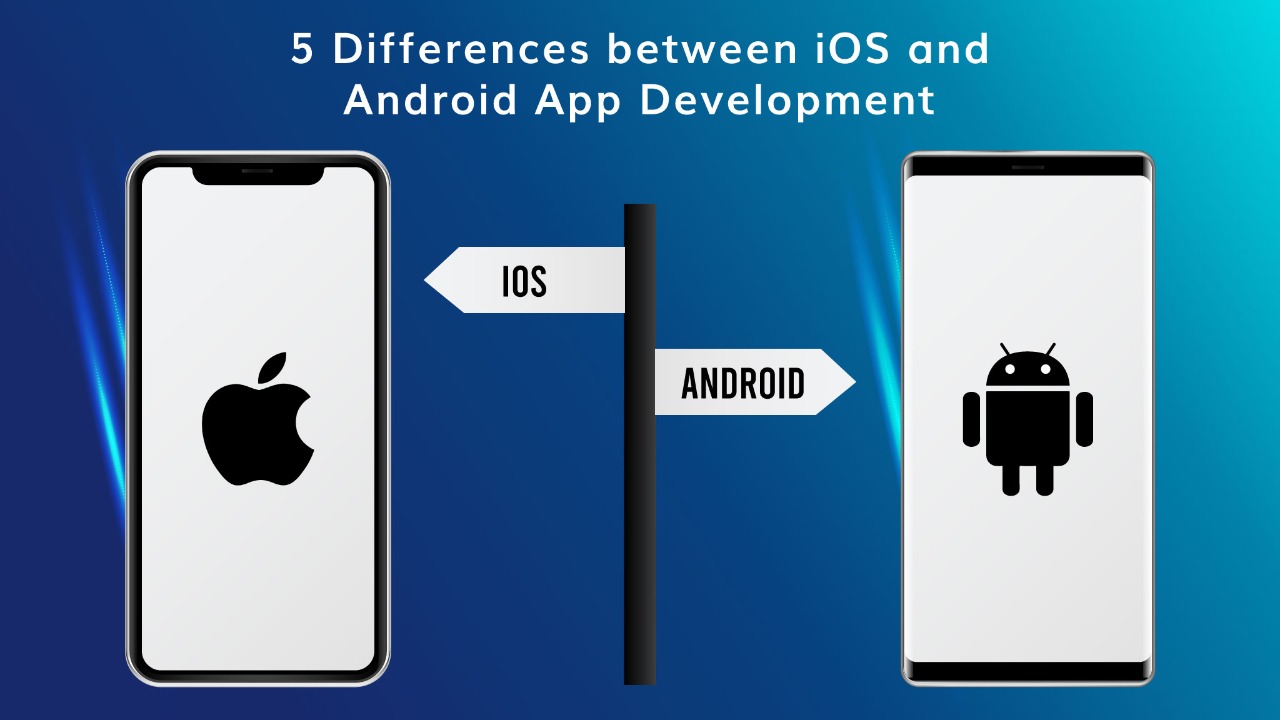 If you’re thinking of launching a mobile app, choosing between the iOS and Android platforms could determine your mobile app’s success in the market. While some app owners might think, to reap the maximum benefits from your mobile app efforts, it is better to launch iOS and Android versions simultaneously, this undertaking can be risky and expensive.

This article discusses the significant differences between iOS and android app development, evaluating the opportunities and risks involved. By the end, you will know if iOS or Android is a better fit for your project.

A successful software solution is one that is aware of its customer base and knows how to fulfill its requirements. While you can load your mobile apps with features until it appeals to your target audience, it is a futile investment. Choosing between the iOS and Android platforms depends more on the users you’re trying to target. For that, you need to study the demographics and evaluate which platform your customers trust.

Regarding the Indian mobile app market, people prefer Android smartphones due to their easy affordability than Apple mobiles. However, people who have used iOS once in their lifetime tend to stay loyal to the brand. Although the market share of android users is bigger, the income level for iOS users is higher. So, keep this information in mind when investing in iOS or android app mobile development.

As per a report by Cleveroad, essential apps take 300 hours, medium complexity apps take 600 hours, and complex apps take 800 hours to develop. Usually, developing android apps are a more expensive undertaking as it has to be adapted to different screen sizes, whereas that is not an issue in iOS app development.

The design theme of your iOS or Android apps determines their look and feel. The better the user experience, the higher its number of downloads. For Android, you need to adhere to the Material Design, while for iOS, it will be Human Interface Guidelines.

iOS and Android apps differ in their design strategy, which is pretty evident from the navigation bar, typography, icon sizes, screen resolution, back button, pop-up notifications, and so on. When compared, iOS apps are more predictable and appealing in their look. On the contrary, Android apps require more time as they have to be adapted for different screen sizes and resolutions.

The biggest dissimilarities between iOS and Android development are on the technical side, i.e., programming languages, testing approaches, etc.

Coming to the question of which IDE is better, well, both have its pros and cons. Developers might find Android Studio or XCode better based on their liking and habits.

Once you’re done with the mobile app development process, you must upload it to the App Store or Play Store. Although both marketplaces are growing at an unprecedented level, Play Store beats App Store in terms of the number of apps hosted on the marketplace. However, it also means that the competition on Play Store is tougher than App Store.

So, to develop and run a successful app, you must invest your time, efforts, and money in mobile app development. App store optimization is the foundation of your mobile app’s marketing strategy.